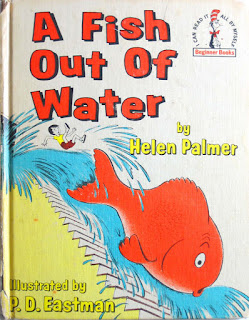 I had never heard of Gustav the Goldfish until researching this blog, and I don’t know if I’d have preferred the Seussian version as a kid or A Fish Out of Water. They each appeal in different ways. All I can say with certainty is that I loved A Fish Out of Water and that Helen Palmer, despite her tragic end, was no failure.
at May 20, 2016