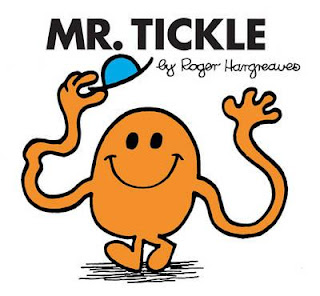 Global franchises start innocuously enough. In Kentucky during the depression, Harland Sanders threw a few herbs and spices into some gas-station fried chicken. In Sweden during the war, a teenage Ingvar Kamprad saw his first bloody Allen key and the bloody flatpack was inflicted on the world.

And in England just after the end of the swinging sixties, six-year-old Adam Hargreaves asked his dad: “What does a tickle look like?”

His father, Roger, was the creative director at an advertising firm. If Mad Men has taught us anything, it’s that the Don Drapers of this world know all about slap and tickle. Here was the perfect excuse for Roger to go away and do some “research”.

But no, this was Roger Hargreaves, not Roger Sterling. He wasn’t like that. And nor was he an “ask your mother” kind of dad. He did indeed go off and indulge his passion, but it was a passion for drawing, and he came up with an answer to Adam’s question.

Roger Hargreaves realised that Mr Tickle opened all sorts of doors, and not just the kitchen door from his bedroom so he could raid the biscuit tin.

If ever there was a series waiting to happen it was this.

Roger Hargreaves died in 1988, at the age of 53. Adam, by then in his 20s, eventually carried on the family business and wrote new books for the series.

And he’s done a good job. But I was a child of the 80s, so to me, the likes of Mr Cool and Mr Rude will always be impostors. Even the few of Roger’s own works published after his death – Mr Brave to Mr Cheerful – don’t sit well with me. Anything after Mr Slow, I consider non-canon.

In 1971, Mr Tickle was the first. He tickled the policeman without getting shot. He tickled the butcher without losing an arm. He hid outside a school window, reached into the classroom for a tickle, and did not face criminal charges.

And he tickled my fancy. Sure, he spent his days interfering with strangers, but he did it with a smile. They were more innocent times.

Since then, there has been a TV series, special editions, merchandise, parodies. And it all began with Mr Tickle. He is the Mr who started a global franchise.
at April 29, 2016 No comments: 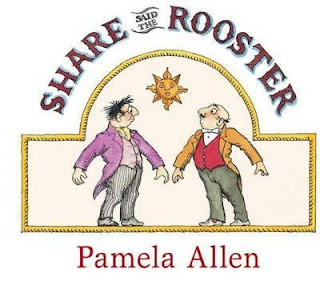 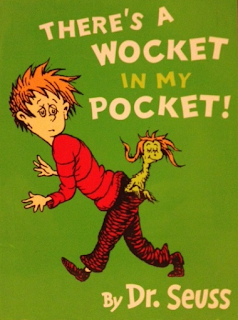 
Some Dr Seuss works had important moral lessons, some were great vocabulary builders, others were just a lot of fun. And some, like this, were utter gibberish. Still, I suppose there is a hidden message. Don’t rest on your laurels.
at April 17, 2016 No comments:

Once upon a time, there was a little boy who loved his bedtime stories. His were the unquestioning eyes of a child. The stories sparked his imagination and showed him a world he was yet to discover. Some stories filled his mind with wonder.

Then he grew up. He became a father.

Now there was a little girl who loved her bedtime stories. So did her Dad. But his were the eyes of an adult. The stories sparked a sense of nostalgia, reminded him that the world once felt so vast and unknown. His wonder remained, but had evolved.