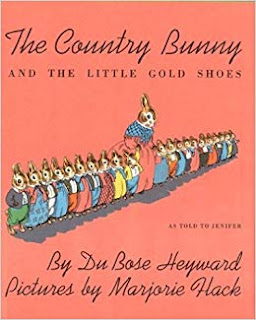 It is hard to disagree with Caroline Kennedy's sentiment. This is a story that I will cherish reading to both Heidi and Fletcher over the coming years — and not just at Easter. In an era when so many picture books are meaningless and disposable, it is such a treat to find one with a message so positive. And it was fitting that I made incorrect assumptions when I first saw this story. It is all about how you metaphorically can't judge a book by its cover. And you literally can't judge that by this book's cover.
at April 21, 2019